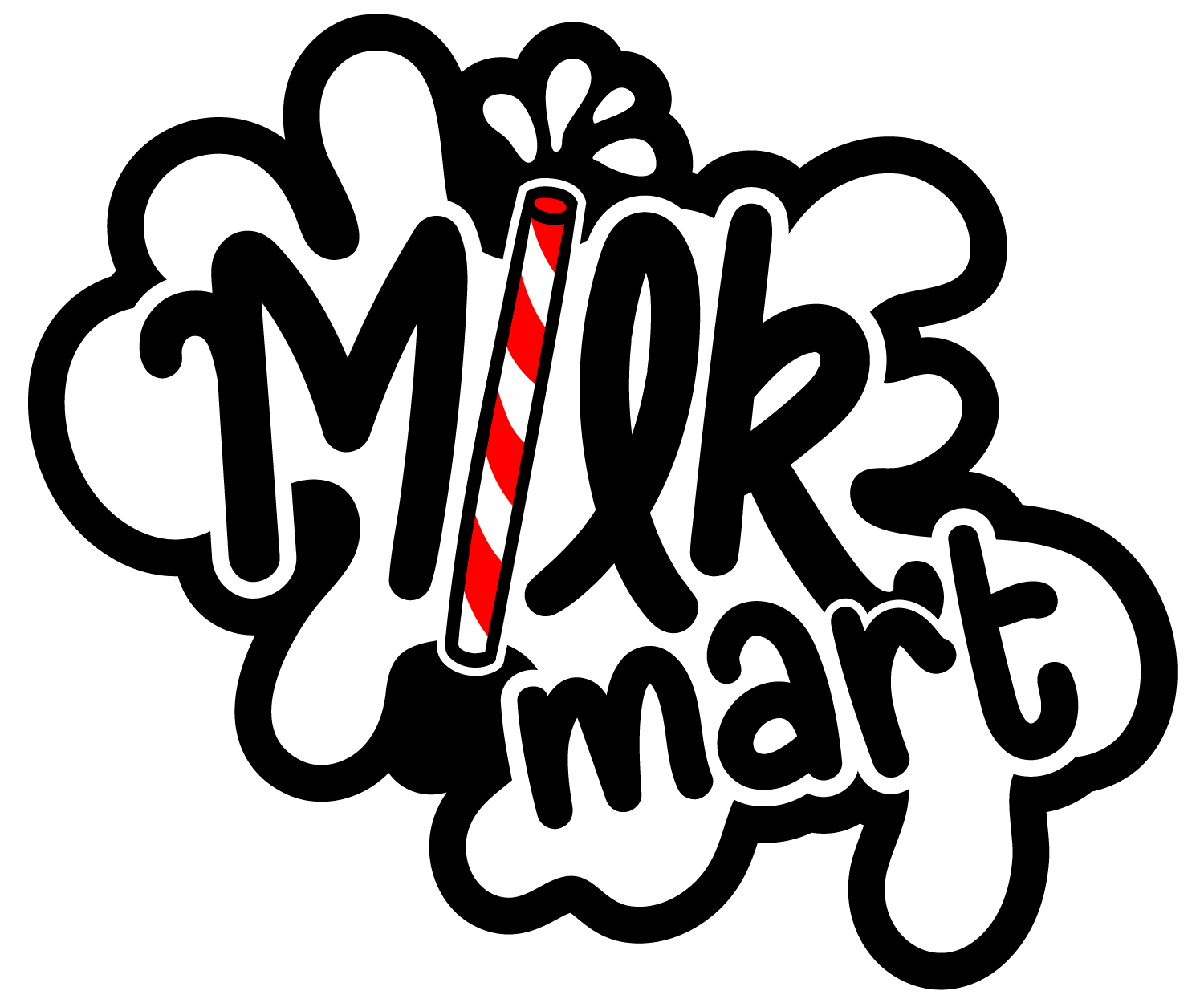 Milk Mart is a local event hosted in The Milk District, one of downtown Orlando's national Main Streets. In 2018, I was brought on board to execute an overhaul of it's branding and management, run it's social media, and direct the planning and execution for the event. Originally called "The Milk District Market," I turned what was once a small market into a themed event.

Before the overhaul, "The Milk District Market" was averaging 30 vendors and 1-2 food trucks, hosted in a single parking lot, with no sponsorships. We needed to increase the number of vendors we could host, which would also require creating a stronger system behind-the-scenes to facilitate more vendor applications and communications, as well as acquire sponsorships to help with the cost of the production, and create more iconic themeing for the event to make us stand out in the over-saturated market scene.

Orlando is chock-full of local markets, so catching people's attention can be tricky. Everyone strives to have an interesting assortment of vendors; we strive to create an interesting space for them. Our outdoor location and close relationship to the Main Street, local artists, and Milk District businesses allowed us to host many things that other events could not, including live glass-blowing, pop-up salon services, 3D printing, build-a-bouquet stations, a Polaroid studio booth, and more.

The first move for ensuring the growth of the event was to partner with the Main Street that our event was located in; The Milk District. Their partnership has been invaluable, keeping Milk Mart up to code and helping ensure our permits are ready to roll every event.

Hosting more vendors, expanding to more parking lots, and growing the party as a whole meant that things were about to get messy on the back-end if action wasn't taken. Shortly after our first successful event post-re-brand, I launched MilkMartOrlando.com, a space to send potential guests and vendors alike for more information. We began using G-Suite apps to streamline the process, met with praise by our vendors, and followed shortly after by other events imitating our system.

One of the best things you can do for your event is provide your vendors with high-quality posting material to make advertising a breeze. By doing the legwork and providing social media packets to the artists for every event, we ensured our branding was consistent, themed, and on par with social media recommendations and requirements for posts.

Milk Mart's videography work is primarily done by Tripalyn, with overlays, graphics, and direction by Ashley.

It's not hard to theme a market located in The Milk District across from a TG Lee factory! The milk and cow themeing came directly from the beloved imagery already located in the area, but beyond better branding, the events themselves needed to have themes.

Since the market always happens on a Sunday, we began by having the overall "Lazy Sunday" theme. From there, we were able to create "Lazy Lovers," "Lazy Shoppers," and "Lazy Friday the 13th" market themes, for Valentine's day, Christmas, and Halloween, respectively. Having consistency in the taglines helped build a brand identity and voice for the event, as well as helped us create fun event descriptions; for example, our Holiday market is always the last Sunday before Christmas, labeled the "Lazy Last-Minute Shoppers" market, with descriptions like "For anyone who may have waited 'til the last minute to get gifts." 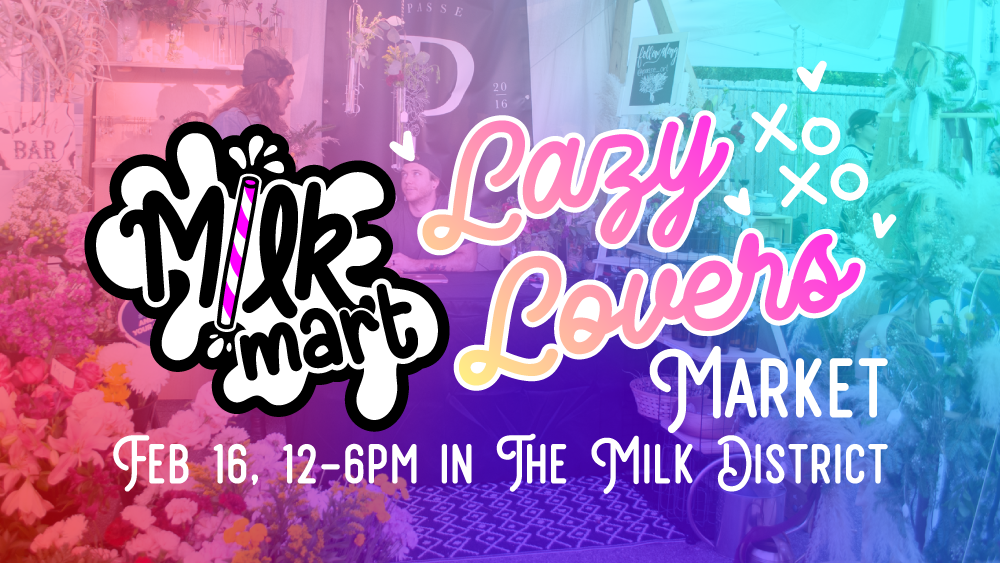 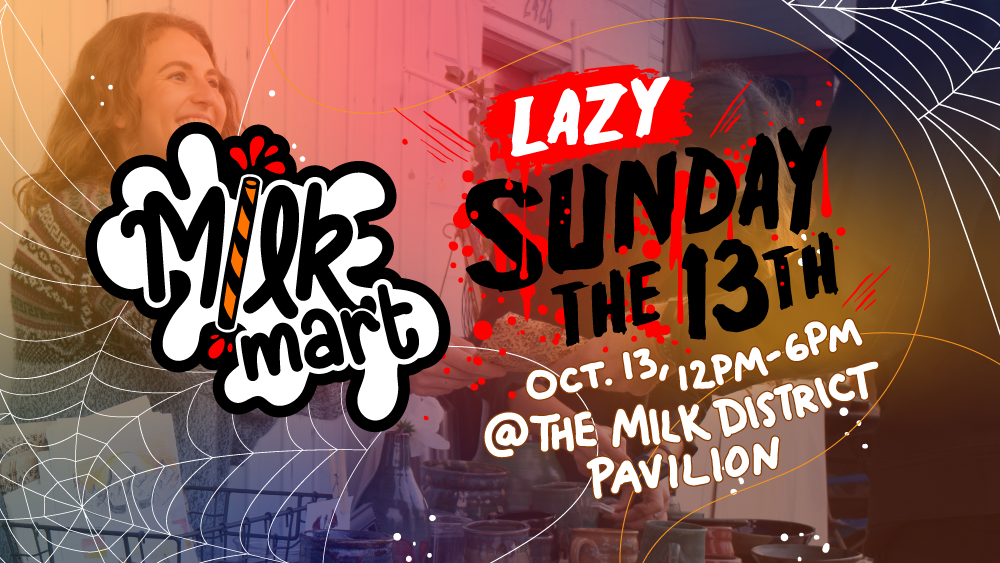 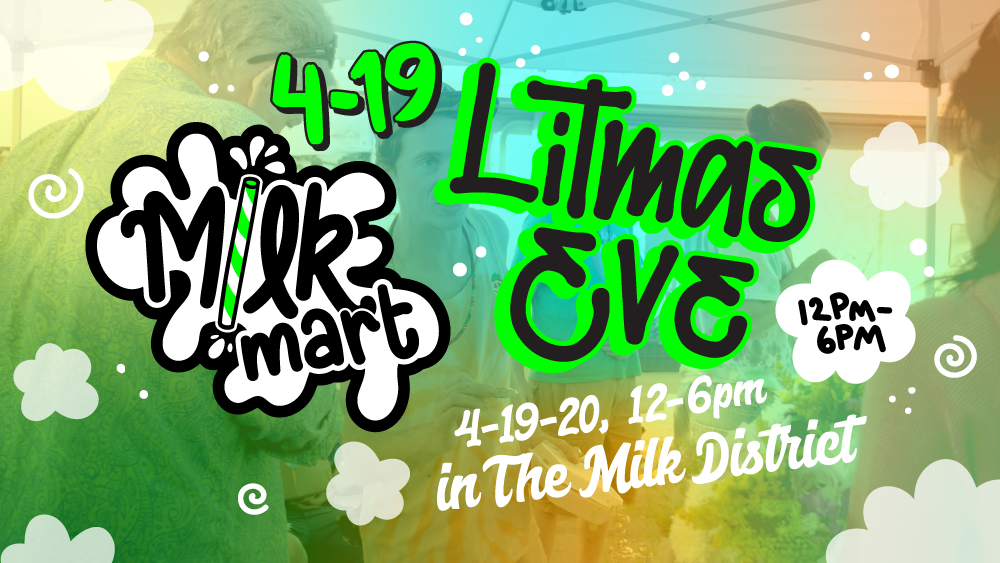 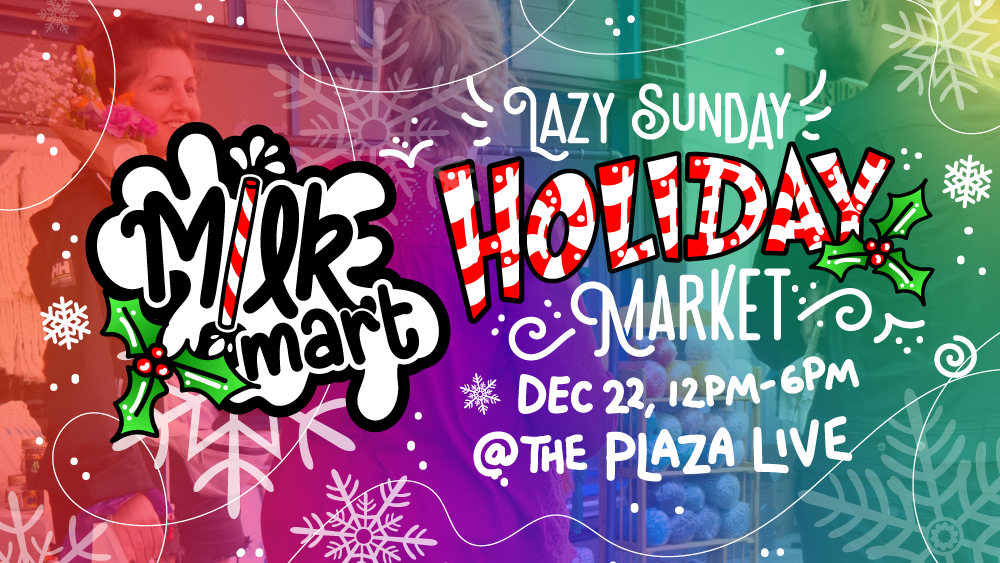 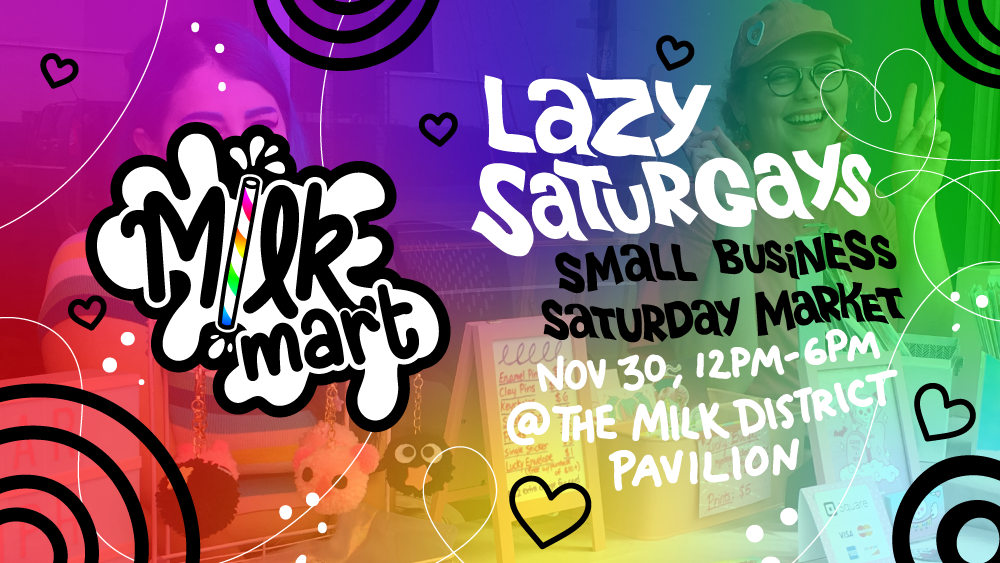 Since the rebrand, we've hosted a number of successful events, with our following and offerings growing every time. When I began with Milk Mart, they averaged 30 vendors in one parking lot; we now have access to three of the most popular lots in The Milk District, and average over 70 vendors and food trucks each event, including activities like live glass blowing, freeplay arcade cabinets, pop-up Polaroid studios, video game tournaments, and more. We don't intend to stop here, and have big plans for the future that would include even more interactive elements for guests, expanded and experimental booth options for artists, and a footprint that spans the entire Milk District pavilion!

For information on becoming a vendor, or to sponsor the event, you can contact Ashley Hallenbeck at Ashley@ASHLEYASDFGH.com.