During my time at the University of North Carolina at Greensboro, the highlight of my college career was my time spent working for The Coraddi. I started off as a volunteer, and ended with a four year run as the Promotions Director; to this day I greatly value my time spent working with this beloved publication. 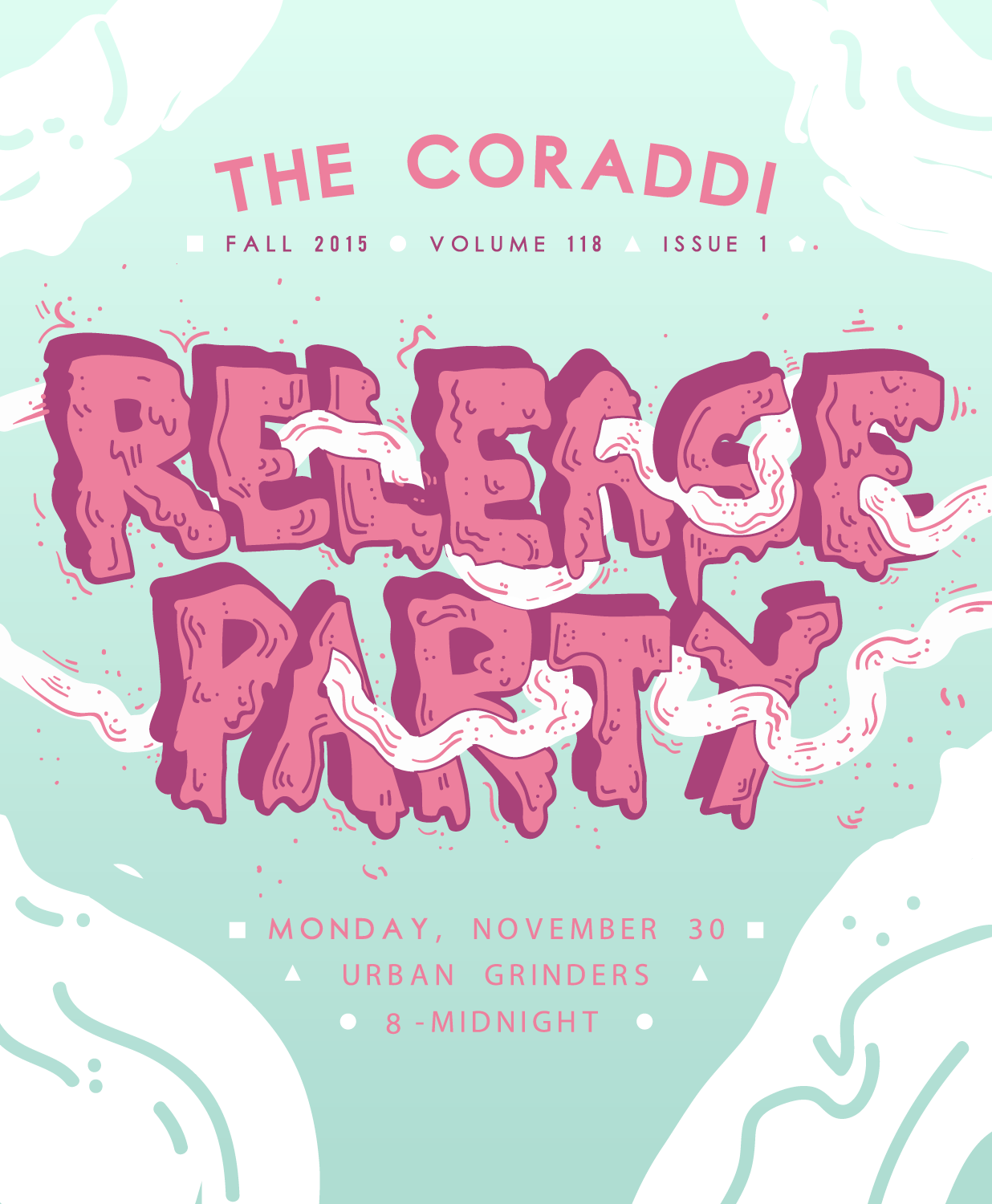 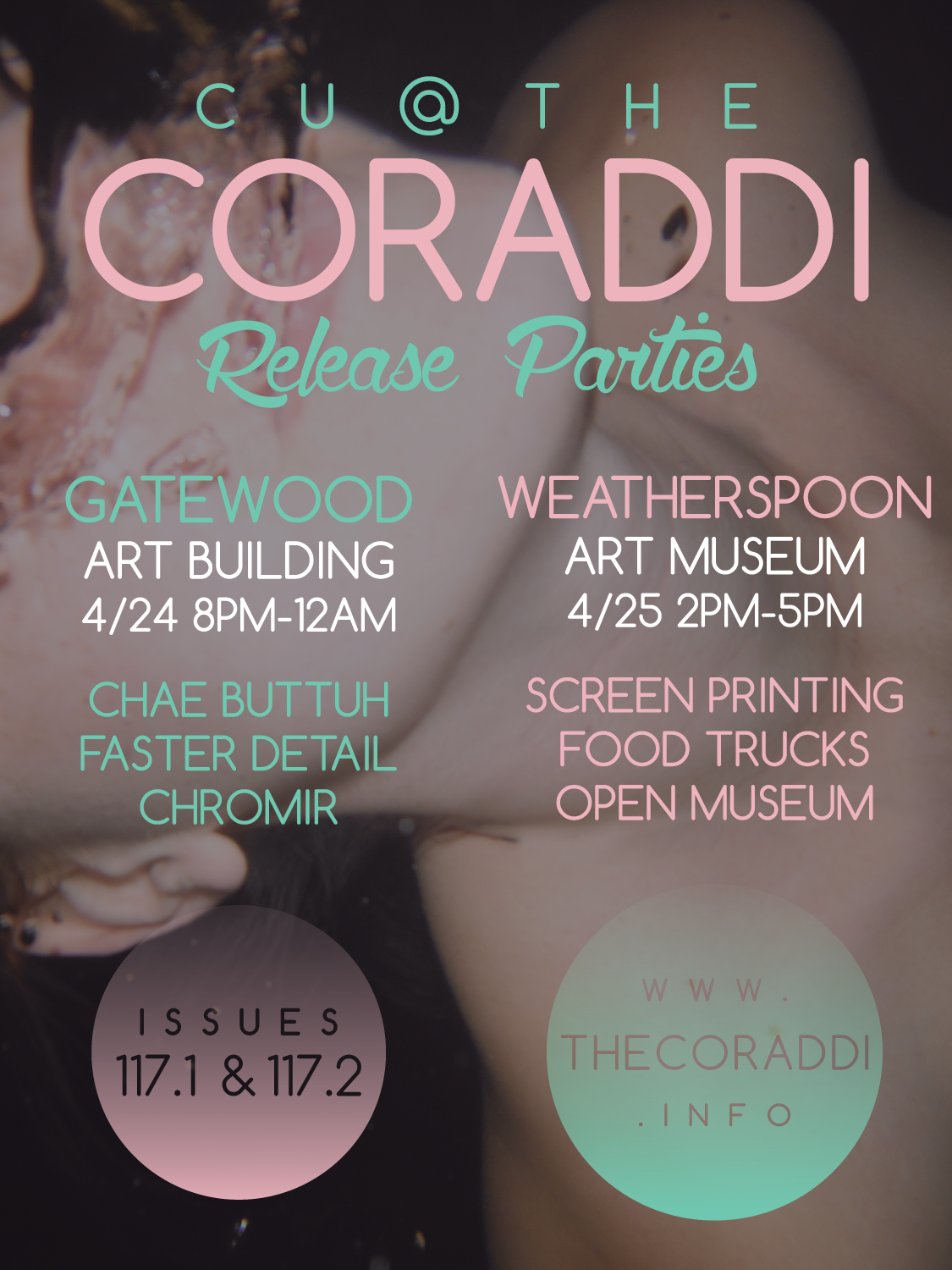 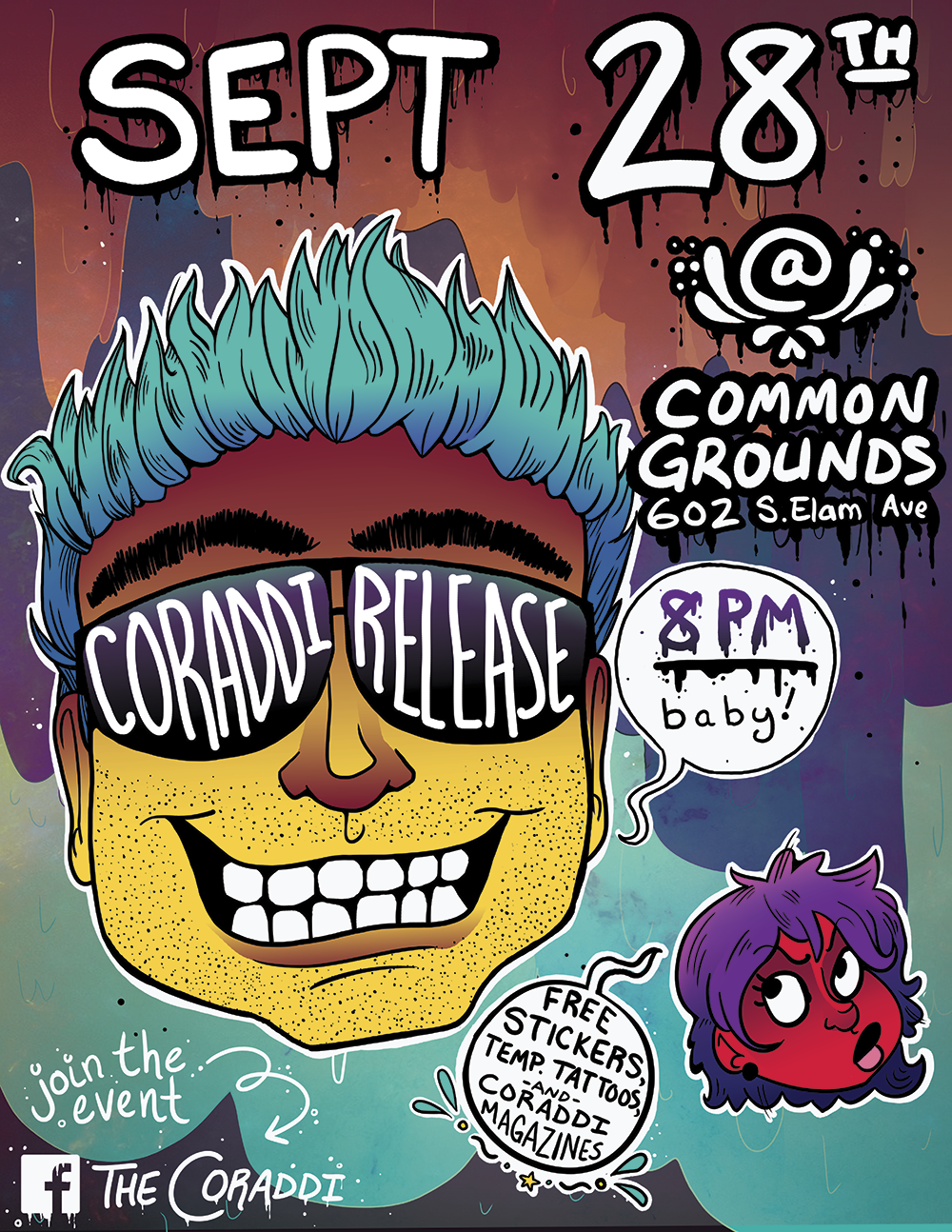 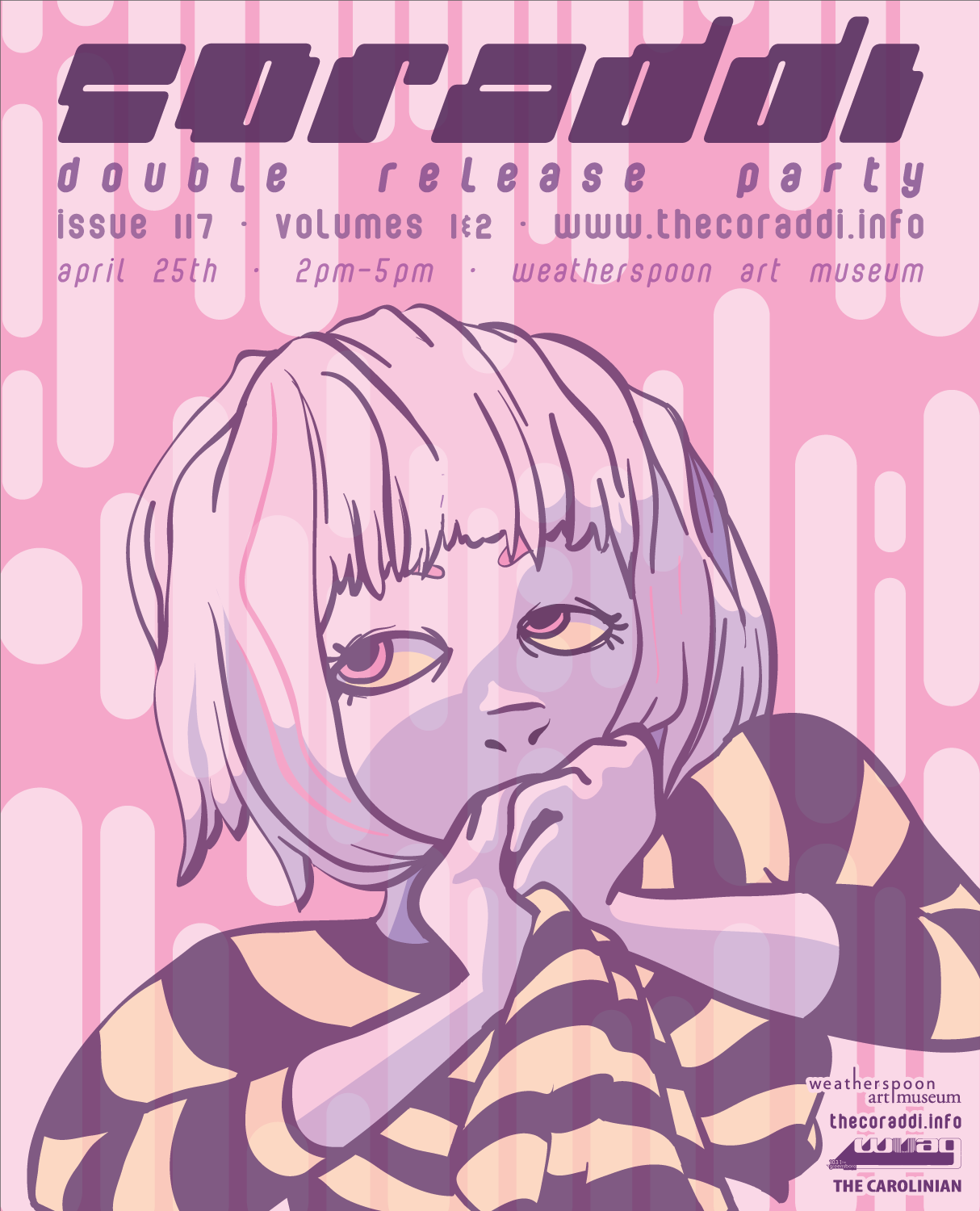 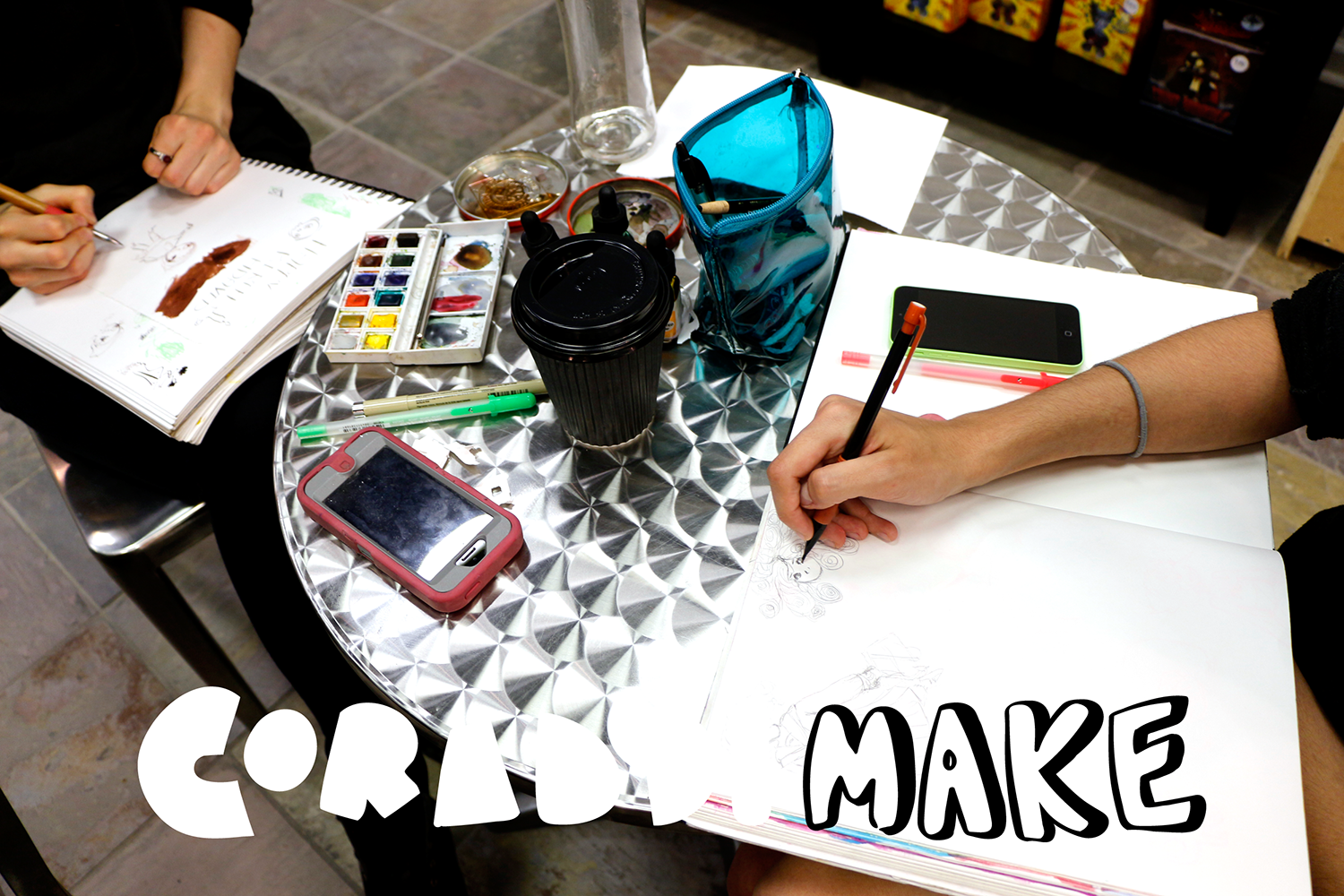 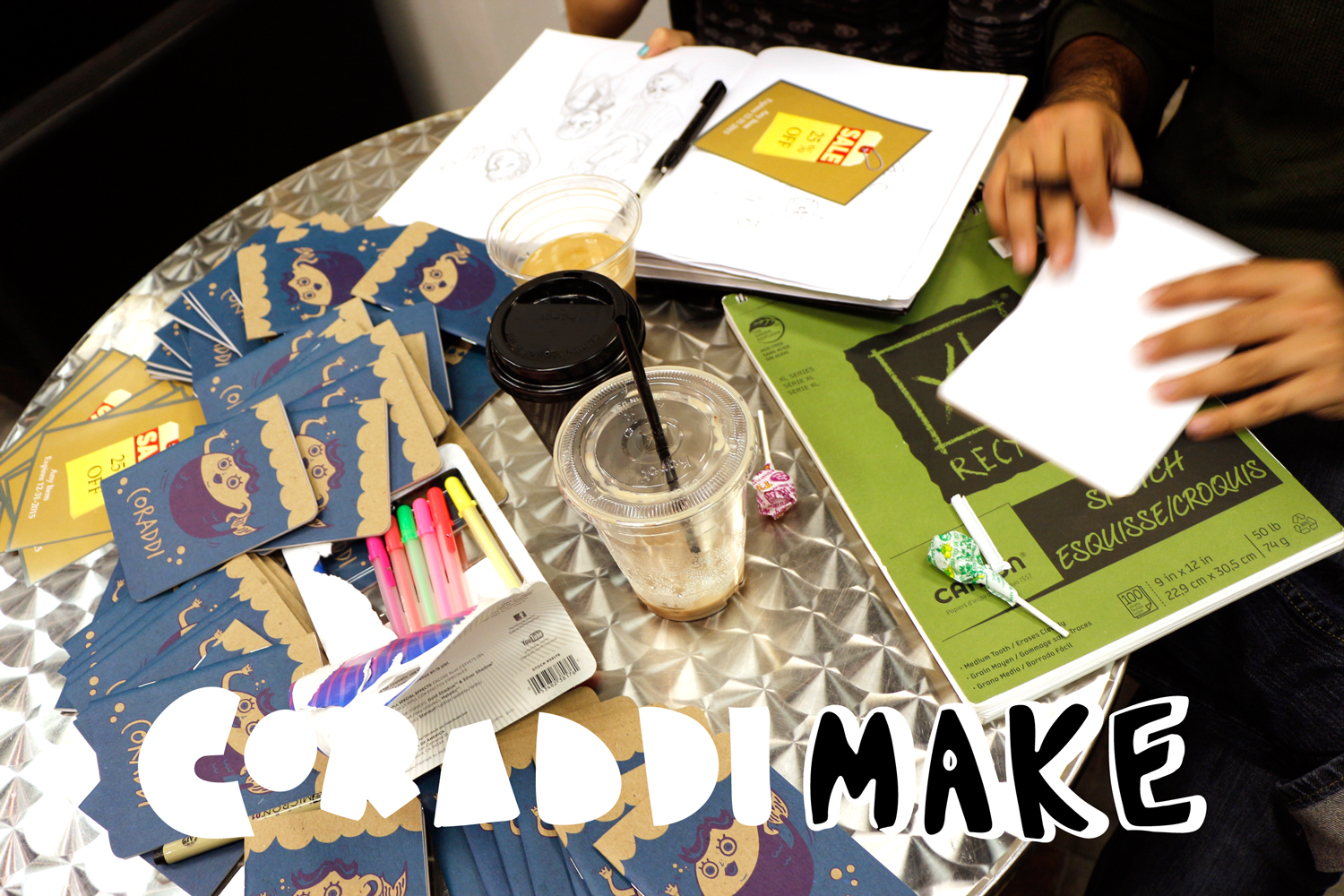 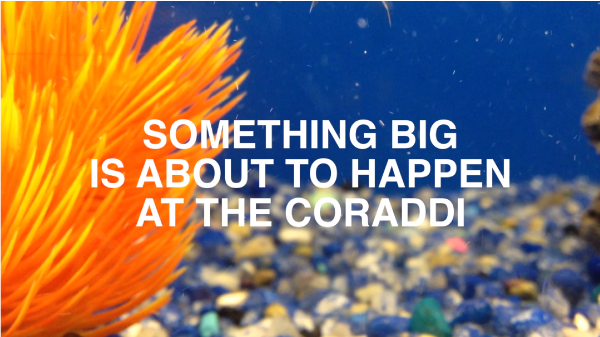 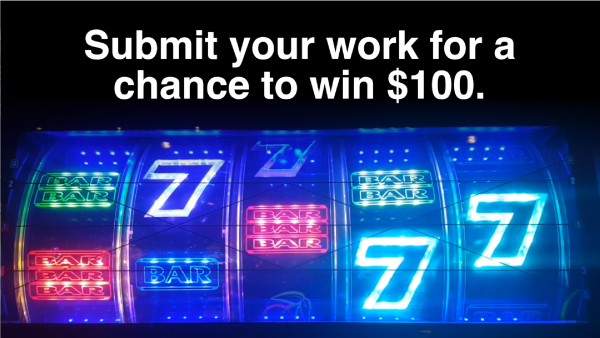 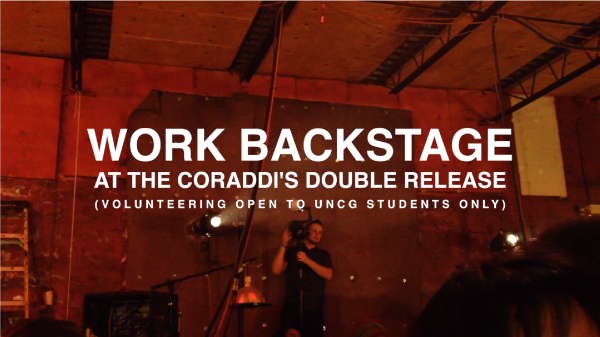 The Coraddi Magazine is the arts and literature publication of UNCG, launching over 120 years ago. It relies on student volunteers, and 4 paid board members, to run each semester. Funding is provided by the university; during my time, enough to produce high quality books and swanky release parties. 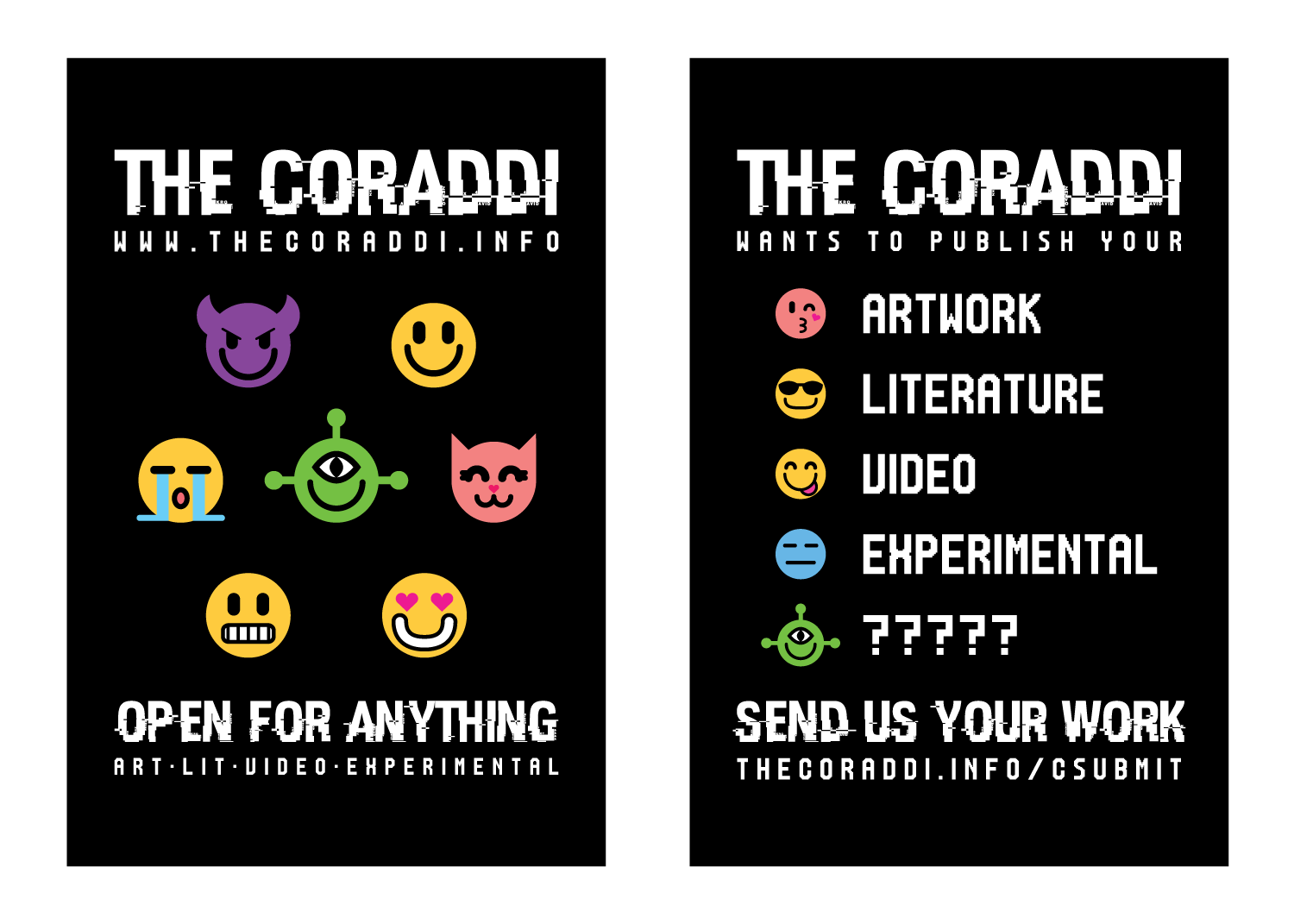 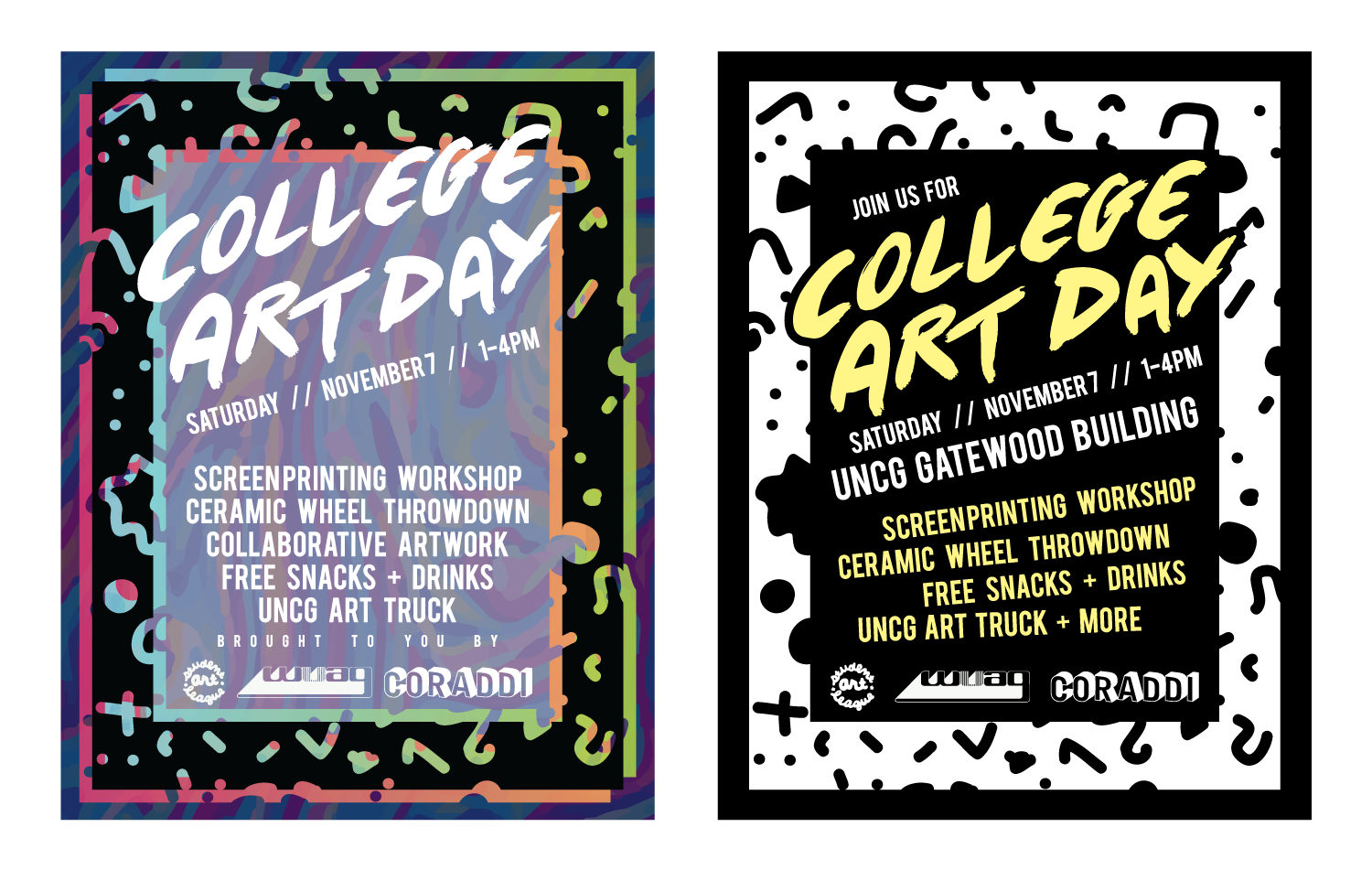 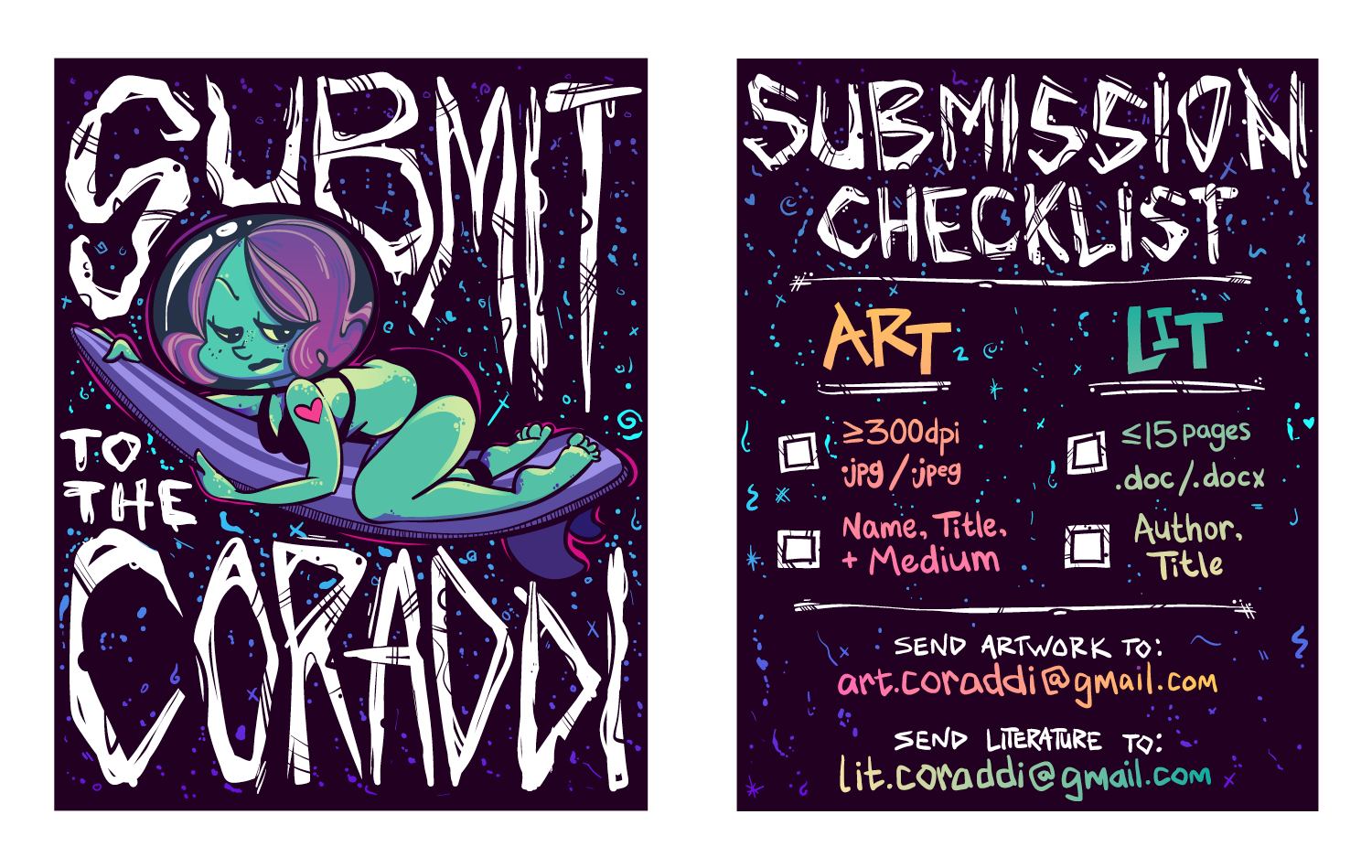 Birth of the Bump Video

Media needs have changed since 1897 when the magazine was launched; it was a huge shock that video had not been implemented at the time of my hire. I quickly moved forward with a series of "bump" videos, inspired by Adult Swim. These were not only utilized on our social media channels, but also on screens located around campus to spread the word about important deadlines, events, and releases.

The highlight of every semester was always the release party, where the final magazine that had been in production for the past few months was debuted. This required the procurement of a venue, live bands, and activities for guests-- these parties were my first foray into event coordination and management, and instilled a love for it in me early on.

My most exciting pet-project was the creation of CoraddiMAKE, which aimed to bring the ideas of artistic vision and thinking from the pages of the book into the real world. Through this subset of the magazine, we hosted numerous workshops lead by myself and a group of volunteers that taught students and alumni how to do things like screen print, tie-dye, keep a sketchbook, and more.

All videography for The Coraddi was filmed and edited by Ashley.

I spent my entire college career with The Coraddi, starting as a volunteer in 2011, and ending as the Director of Promotions in 2016. During that time, we created a team that fought hard to keep the magazine in production, standing our ground against a budget administration that wanted to shut us down. The other directors and myself created a strict plan for the future of the publication, hoping that passing that along after we left would be enough to keep it going; however, shortly after we left, the budget was slashed, and the book went out of print. One day, I'd love to revive the magazine in print.